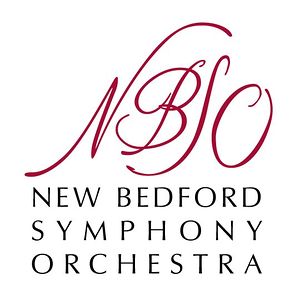 “It’s more like speed dating,” he says, “with every other member of the family watching through a two-way mirror.”

He joking, of course, but he is also summing up his conducting appearance Saturday, Oct. 15 with the New Bedford Symphony Orchestra with a certain accuracy. Lees will be the first of four conductor finalists for the permanent job of replacing maestro David MacKenzie, who retired in the spring after a fruitful decade as the leader of the NBSO.

The four finalists — Lees will be followed by David Amado (Nov. 12), Yaniv Dinur (Jan. 21), and Dirk Meyer (Feb. 18) — will all conduct rehearsals, meet with board and community members, and generally get familiar with the lie of the land during their performance week. As far as the upbeat Lees is concerned, it can’t happen fast enough.

“The enthusiasm is palpable in the community,” he says. “The potential energy is real. This is an organization that wants to grow its cultural footprint.”

Lees is already a busy man — “and looking forward to getting even busier,” he’s quick to point out. He lives in North Carolina with his wife, soprano Lindsay Kesselman, and his son Rowan. In addition to serving as assistant professor at the University of North Carolina School of the Arts, and as music director of the symphony there, he has recently been appointed associate conductor at the Charlotte Symphony.

Lees was a Dudamel conducting fellow with the Los Angeles Philharmonic, and a Benjamin Zander fellow with the Boston Philharmonic. A graduate with multiple degrees from the University of Michigan, Lees counts the esteemed conductors Robert Spano and Larry Rachleff (of the Rhode Island Philharmonic) as mentors.

Lees has a long and impressive list of opera and orchestral conducting credits — Aspen, Los Angeles, Detroit, Atlantic, London Philharmonia and many others — and a strong background not only in opera but in contemporary music as well.

His program with the NBSO includes Adam Schoenberg’s “Finding Rothko” — a brilliant, attractive tone poem based on four paintings by the American abstract expressionist — the Grieg piano concerto, with soloist Alexander Schimpf, and Dvorak’s Symphony No. 8.

When it comes to programming, Lees says simply, “There’s so much fantastic repertoire. So many masterpieces, so many geniuses. If you take the approach that any combination of pieces can be interesting — that it’s not limited to nationality, or an era, or a style — you can learn more that way. You can create a great aural experience coming from different places and different cultures.”

One week of rehearsals, meetings, lunches and tours will only be the beginning of a relationship, but Lees is already fully aware of the important presence of the NBSO to the city and to the South Coast in general. Especially the education efforts, spearheaded by director Terry Wolkowicz.

“I’ve been fascinated and inspired by Terry’s work,” he says, “and the kind of programs she’s pioneered.”

Lees has had just one week in New Bedford so far — back in November as the search committee was narrowing its focus down to the four finalists.

“The meetings we’ve already had have been short, but intense. Not only with the search committee, but in the community as well,” he said. “In the end, a conductor’s relationship is with the community. A good relationship has to make sense. It has to be intellectual, thoughtful, but there has to be a shared emotion as well, shared from the podium to the stage and to the house as well. If it clicks, you’ll be able to feel it.

“I’m fond of this great quote about love,” he says. “It goes, ‘It’s not the feeling you get when you’re staring into each other’s eyes. It’s the feeling you share when you’re staring together out at the horizon.’ There lots of potential, and once we get into the same room — well, that’s part of the fun. The experience of starting to see what this relationship might be.”

The NBSO’s season opening concert, with music director finalist Christopher James Lees conducting, will be Saturday, Oct. 15 at 7:30 p.m. in the Zeiterion Performing Arts Center. For information and tickets visit www.nbsymphony.org or