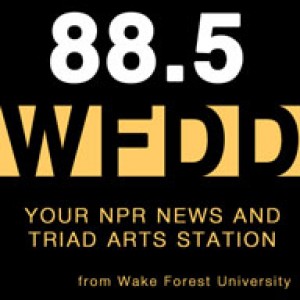 You know, to make it in the classical music world today—just like the jazz world—you’ve got to be pretty amazing. Bring your violin to a typical symphony audition and, depending on the group, you might find yourself warming up alongside 400 or more other equally determined violinists, just as hungry as you are, and ready to duke it out for one chair in the orchestra. But at least there are lots of violinists in every orchestra, and they do tend to move around from orchestra to orchestra…occasionally.

Now picture a conductor audition. First off there’s only one Music Director in an orchestra. And, after years and years of training, guest conducting, assistant conducting, and waiting on the bench, once they’ve got the gig, an orchestra all their own, they’re not really all that anxious to leave.

Christopher James Lees made his debut with the L.A. Philharmonic—one of the world’s finest orchestras—as a recipient of the prestigious Dudamel Fellowship. Conductor Gustavo Dudamel is the 21st century version of Leonard Bernstein—the 33 year old Venezuelan LA Phil Music Director truly is all that and a bag of chips. Anyhoo, Gustavo loves Christopher James Lees’ conducting work, and so will you. He’s now in his 14th week leading the UNC School of the Arts Orchestra where he’s also associate professor of conducting. This weekend Christopher James Lees will lead the orchestra in a performance of Sir Edward Elgar’s Enigma Variations, and Benjamin Britten’s Young Person’s Guide to the Orchestra.

You can see Christopher in action up on the podium, waving his baton and leading the UNCSA Orchestra this Saturday night in the Stevens Center, 405 West Fourth Street in Winston-Salem. The concert of music by Britten and Elgar kicks off at 7:30 pm.