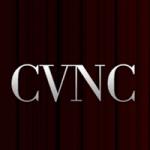 This is March Madness season when universities send their star basketball teams to make the rounds. Why should not they send out their star orchestras as well? Maybe this thought lurked behind the University of North Carolina School of the Arts sending of their UNCSA Symphony Orchestra on a two-concert tour off campus with a program entitled "The Symphonic Organ." The Stevens Center, their "home court," does not have an organ. This concert took advantage of the large organ in Wait Chapel on the Wake Forest University campus.

Variation IX, "Nimrod," from the Enigma Variations of Sir Edward Elgar opened the program on a sad note. Music director Christopher James Lees spoke movingly in memory of Alfred "Freddie" Anderson who was a member of the clarinet section. Lees led an eloquent interpretation with especially fine playing from the string sections.

Concerto in E minor for Violin and Orchestra, Op. 64 by Felix Mendelssohn (1809-47) is in three movements played without pause. It is well known and frequently played because it is one of the principal arrows in the quiver of every traveling virtuoso. It proved to be a splendid showcase for the artistry of violinist Nathalie Schmalhofer, the UNCSA’s Fall 2015 concerto winner. She was a very engaged player, like a tensing tigress, during rests. Her tone was warm and her intonation was outstanding. She floated some breathtakingly perfect high notes during the first cadenza. Her interpretation was mainstream but was engaging with excellent phrasing and remarkable articulation. Lees led the orchestra in a finely judged reading with gorgeous playing from the strings and fine contributions from the woodwinds and brass. The held bassoon tone, linking the first and second movements, was memorable.

Schmalhofer has a promising future. The German-Canadian violinist is a high school senior at UNCSA and has already racked up an impressive array of awards and performances including back-to-back concerto competition wins at the 2013 and 2014 Eastern Music Festivals. She also won the Peter Perret Concerto Competition and will be soloist with the Winston-Salem Symphony under Robert Moody in May.

Many performing venues do not have organs so many performances of Symphony No. 3 in C minor, Op. 78 (the Organ) by Camille Saint-Saёns (1835-1921) are compromised by use of "canned" digital organs. This rousing performance pulled out the stops of Wait Chapel's William Organ, a four manual Möller instrument with a Schantz console controlling 4,600 pipes.

Symphony No. 3 is in four movements, roughly divided into two parts and played without breaks. It is dedicated to Franz Liszt and makes extensive use of the idea of theme-transformation. After the slow introduction, the work's basic theme is the nervous string semiquavers which are constantly transformed throughout the rest of the symphony. The orchestration is brilliant and Saint-Saёns' palette of instrumental color is vast.

Lees led a stylish performance that gave equal measure to the more intimate passages while building up the fiery finale. The fine sheen on the strings was gorgeous while the double basses really dug into their parts at crucial points. Brass sections were splendid with very few minor slips. Woodwinds were strongly characterized. The vivid organ part was superbly played by freshman Raymond Hawkins while the delicious tinkling ivories of the piano in the finale were played four hands by Peter Smith and Jacob Wang. This was a richly satisfying performance and the organ’s lowest notes had quite a physicality – something in the balcony jingled every time engaged.

This performance will be repeated in Charlotte at Friendship Missionary Baptist Church at 4:00 pm on March 19, 2016. It will be a fine opportunity to sample the high artistic standards of UNCSA – one of our state’s treasures.