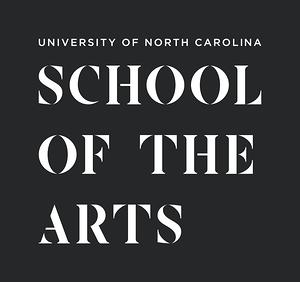 Students who win the annual concerto competition at the University of North Carolina School of the Arts (UNCSA) can typically look forward to performing as a soloist at a future concert of the school’s symphony orchestra. But this year’s winner, a high school senior from Germany, will get four times the exposure as soloist for all performances on the orchestra’s upcoming four-stop tour.

Natalie Schmalhofer, a violinist in her second year at UNCSA, will perform Felix Mendelssohn’s Violin Concerto in E Minor, Op. 64, at concerts in Chapel Hill, Charlotte, Brevard and in Winston-Salem at Wake Forest University’s Wait Chapel. The tour is March 16-20.

“It’s a wonderful opportunity for me to get lots of experience and to feel more and more comfortable standing in front of the orchestra,” said Schmalhofer, who studies with Ida Bieler and Janet Orenstein.

Schmalhofer will be standing in front of a 96-member orchestra, which includes 25 graduate students, 29 undergraduates and 42 high school students.

School of Music Interim Dean Karen Beres said the age-range is one thing that sets the UNCSA Symphony Orchestra apart. “Students are accepted into the orchestra based on ability, not grade level. We have graduate and collegiate violists and violinists playing alongside outstanding high school students. It is remarkable.”

UNCSA’s orchestra tour begins Wednesday, March 16, at a concert with the Chapel Hill High School Orchestra. On Friday, March 18, the UNCSA Symphony Orchestra will perform “The Symphonic Organ” at Wake Forest University’s iconic landmark Wait Chapel in Winston-Salem. The tour continues Saturday, March 19, with a concert at Friendship Missionary Baptist Church in Charlotte. The students will attend a concert by the Charlotte Symphony Orchestra that night, and then travel to Brevard for a performance at Brevard College on Sunday, March 20, with organist Sarah Mahler Kraaz, chair of the Music Department and college organist at Ripon College in Ripon, Wisc., as guest performer.

Beres said the orchestra tour fulfills the mission of the University, to provide gifted emerging artists with the experience, knowledge, and skills needed to excel in their disciplines and in their lives, and to enrich the cultural and economic prosperity of the people of North Carolina and the nation.

“We are excited to perform in Chapel Hill, Charlotte and Brevard, communities with deep appreciation for classical music,” Beres said. “I think audiences will be proud of the world-class conservatory that is located right here in North Carolina.”

Music Director Christopher James Lees said the tour aligns with the School of Music’s belief “that the orchestral experience at UNC School of the Arts is significant, meaningful, and of the highest caliber.

“We believe that by sharing this viscerally exciting concert experience all around North Carolina, we can both contribute to and give back to communities in which many of our students were raised,” Lees said.

The daughter of an opera singer, Schmaholfer began playing the violin at age four. She was recruited to attend UNCSA by Bieler, an internationally renowned violinist and School of the Arts high school alumna who joined the faculty in 2013.

“I’ve known her since I was 11,” Schmalhofer says of Bieler.

After graduating in May, Schmalhofer plans to return to Germany, where she will study at the prestigious Robert Schumann Hoschule college music program in Dusseldorf, where Bieler maintains a faculty position.

“I attended the Eastern Music Festival (in Greensboro, N.C.) in 2013, which was my first time coming to the U.S.,” Schmalhofer said. “I really liked the American way and the people, so I decided to stay at UNCSA for the rest of high school. I truly enjoy my time here, but I miss my home country.”

Also featured on the tour is Raymond Hawkins, a college freshman organist from Eutawville, S.C. Hawkins won the third annual High School Organ Competition and Festival in 2014 as a high school junior at UNCSA. As a high school senior, he won second place in the Winston-Salem Symphony’s Peter Perret Youth Talent Search competition. He graduated from the high school program in 2015. Hawkins studies with Timothy Olsen.

Nimrod from Enigma Variations by Edward Elgar
Symphony No. 3 in C minor 2nd movement by Camille Saint-Saëns
FRIDAY, MARCH 18
“The Symphonic Organ” at 7:30 p.m. at Wait Chapel, Wake Forest University, 1834 Wake Forest Road in Winston-Salem. Tickets are $18 regular and $15 students with valid ID, and are available at UNCSA.edu/performances or by calling the box office at 336-721-1945.

Sarah Mahler Kraaz
Sarah Mahler Kraaz is professor of music, college organist, and chair of the Music Department at Ripon College in Ripon, Wisc. She teaches piano, organ, and harpsichord, counterpoint, and music history classes including women in music and American music. Recently Kraaz has developed broadly-based courses of an interdisciplinary nature, including "popular twentieth-century American music" and "music and war" as part of her continuing interest in teaching the liberal arts.

She holds a bachelor’s degree in music education from Olivet College and M.M. and D.M.A. degrees in music history and organ performance from the University of Colorado and the University of Kansas, respectively. An experienced teacher on piano, organ, and harpsichord, she delights in researching and performing Baroque and contemporary organ works, especially those by lesser-known composers. Her concert programs transcend the boundaries of time and nationality to present musical insights and commonalities that might not be readily apparent.

In July 2002 Kraaz appeared as a guest recitalist at the XVI Festival Internazionale Storici Organi della Valsesia in Campertogno (Piedmont), Italy, the only North American to do so. Since then, she has played recitals in California, Illinois, Michigan, Wisconsin, and Edinburgh, Scotland.

In January 2008, she was selected as one of six recording artists by the National UCC Worship & Education Ministry to record the entire New Century Hymnal on a CD set as a resource for parish churches. A featured artist (organ) with the Pine Mountain Music Festival in June 2008, she presented three recitals and a workshop on pedaling technique in Michigan’s Upper Peninsula. Most recently, she was a featured artist at Brevard College, where she played a recital on the 2008 Jaeckel organ at the Porter Arts Center.

Kraaz has devoted much of her personal research to examining the connection between Renaissance and Baroque organs and music written for each. Thanks to various grants, she has taken a series of trips to Europe to study and play historic organs in Germany (the 1687 Schnitger organ at the church of St. Peter and Paul in Cappel), Scotland (organs, harpsichords and clavichords in the Russell Collection), and Italy. A recent sabbatical study took her to Tuscany, where she performed a recital on the 1793 Tronci organ at the Cathedral of San Zeno in Pistoia as part of the Giuseppe Gherardeschi Organ Academy Vespers series. Her resulting article, discussing Gherardeschi’s music and the 18th-century Pistoian organ, appeared in the November 2011 issue of The Diapason. Kraaz continued her research on Tuscan organs in the fall of 2012 while teaching as a visiting scholar on the Associated Colleges of the Midwest (ACM) Arts of Florence program.

In an extension of her professional practice and research, Kraaz has composed a number of works for organ and choir. Her settings of Scottish folksongs and sea chanteys have been published by Alliance Publications of Fish Creek, Wisc. Her most recent anthem, The Bitter Winter, with text by Ralph Freeman of Neenah, Wisc., was premiered by the Ripon College Choral Union in April 2008.

Christopher James Lees
Christopher James Lees is the music director of the Symphony Orchestra and associate professor of conducting at the University of North Carolina School of the Arts. He is an emerging young conductor becoming increasingly recognized for his powerful and nuanced performances across a wide array of repertoire.

Only the second American recipient of a Gustavo Dudamel Conducting Fellowship with the Los Angeles Philharmonic, Lees made his debut with the orchestra in April 2013.

Recent and upcoming guest conducting engagements include performances with the Detroit, Milwaukee, Toledo, Portland (Maine), Flint, and Kalamazoo symphonies, as well as with the National Arts Centre Orchestra, Orchestra de Chambre de Paris, Aspen Philharmonic Orchestra, Cabrillo Festival Orchestra, and at the Music in the Mountains Festival & Festival Internacional de Inverno de Campos do Jordão in Brazil, among others.

Lees received a prestigious Career Assistance Grant from the Solti Foundation US and was previously showcased as one of six conductors selected for the 2011 Bruno Walter Memorial Foundation National Conductor Preview, hosted by the League of American Orchestras and Louisiana Philharmonic Orchestra. He has additionally served as an assistant conductor for multiple concert programs with the Los Angeles Philharmonic; the Detroit, Atlanta, St. Louis, Kansas City and Charlotte symphonies; and the Ulster and London Philharmonia Orchestras, for noted conductors including Gustavo Dudamel, Charles Dutoit, David Robertson, Stéphane Danève, Leonard Slatkin, Robert Spano, Nicholas McGegan, Bramwell Tovey, among others.

A passionate advocate for contemporary music, Lees has commissioned many new works, and collaborated closely with Pulitzer Prize-winning composers including John Adams, William Bolcom, Joseph Schwantner, and Jennifer Higdon, among others. As music director for the University of Michigan's Contemporary Directions Ensemble, he developed a reputation for pioneering the specific connections between innovative contemporary music with other specialty art forms, many in alternative spaces and formats.

Lees has previously served as associate conductor of the Akron Symphony Orchestra, where he was awarded a Bruno Walter Memorial Foundation Career Development Grant, and was also a recipient of the Zander Conducting Fellowship with the Boston Philharmonic.

A native of Washington, D.C., he holds bachelor’s and master's degrees from the University of Michigan, where he formerly served as associate director of orchestras. His primary conducting mentors are Robert Spano and Larry Rachleff.