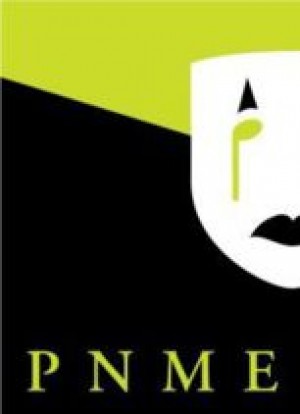 Performers today seek new perspectives as avidly as their predecessors a couple of generations ago spoke of trying to respect and realize the intentions of composers. But while the new attitude is clearly seen in the work of interventionist conductors and self-absorbed opera directors, few are anywhere nearly as effective as the more radical approach taken by the Pittsburgh New Music Ensemble at the closing concerts of its 2014 season.

The show seen Friday night at City Theater on the South Side is actually a revival of a production introduced in 2006, but with new dramatic elements which make it even more striking and successful.

The ensemble's artistic director Kevin Noe and composer Kieren MacMillan created a new piece, “Drunken Moon” to serve as a prequel to Arnold Schoenberg's “Pierrot Lunaire,” a masterpiece more admired than loved. It is an example of recontextualizing that rings true.

“Drunken Moon” is underway as the audience enters. Characters are mingling and drinking in a cabaret while a piano plays appropriate music. Noe speaks briefly to the audience, welcoming it to his club and calling attention to one woman who's been coming for years. She is the protagonist who carries us through both pieces.

MacMillan's score is brilliantly conceived for its role. It uses motifs from Schoenberg's piece but in different and more immediately accessible musical contexts.

“Drunken Moon” is also very effective as dramatic preparation for “Pierrot Lunaire” because it develops sympathy for the woman. Other characters approach flirtation with a lighter attitude. She twice pulls Noe away from conducting the ensemble to have someone to dance with, while she watches the man she's interested in dancing with others.

MacMillan's piece ends with a tango that never reaches its final beat, but Schoenberg's language is so different there is no confusion about where it starts. The new music ensemble's presentation of “Pierrot” is unusual in three ways -- it is staged, Schoenberg's voice part, originally for soprano, is divided between soprano and baritone, and the poems are delivered in English rather than the Schoenberg's German.

One important new element in the 2014 production is a gender identity switch in the final third of the piece. She takes the man's hat, then his coat, and leaves with a blond he'd danced with. He becomes withdrawn and puts on her shawl.

Soprano Lindsay Kesselman was fabulous as the woman, offering singing and acting of immense nuance. Timothy Jones, the ensemble's baritone, was characteristically full of personality. Both excelled at Schoenberg's “Sprechstimme,” a style of pitch-inflected speech which often spans wide intervals.

The instrumental performance was superb as well, starting with guest pianist Christopher James Lees. His stylistic range could hardly have been more impressive, from cocktail piano to authoritative Schoenberg, and always with fine ensemble. Violinist Nathalie Shaw was masterly in her range, from idiomatic tone color for the waltz and tango in the MacMillan to precisely defined playing in the Schoenberg. Lindsey Goodman's playing was sharply defined on piccolo as flute. Guest artist Gunnar Owen Hirthe was also impressive on two instruments, clarinet and bass clarinet. The ensemble's cellist, Norbert Lewandowsky drew remarkably rich bass tones from his cello.

Noe and the new music ensemble made an audio recording of the 2006 version. What's needed now, since there's only one repeat performance on Aug. 2, is a video. This show, conducted and directed by Noe, is a masterpiece in its own right.

Mark Kanny is classical music critic for Trib Total Media. He can be reached at 412-320-7877 or mkanny@tribweb.com.