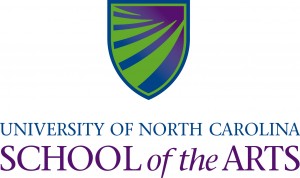 WINSTON-SALEM – School of Music Dean Wade Weast has announced that prize-winning conductor Christopher James Lees will join the faculty as music director of the UNCSA Symphony Orchestra and associate professor of conducting.

Recipient of a Gustavo Dudamel Conducting Fellowship with the Los Angeles Philharmonic and winner of the Aspen Music Festival Conducting Prize for 2012, Lees has conducted performances nationally and internationally.

"Christopher James Lees' star is quickly rising. He is an immensely talented musician and in high demand as a conductor all over the country," Weast said. "He is becoming widely known for his nuanced and articulate conducting of a very wide ranging repertoire. I look forward to watching him inspire our students and thrill our audiences."

As recipient of the prestigious Dudamel Fellowship, Lees made his debut with the L.A. Philharmonic in April 2013, and has conducted performances with the Detroit, Toledo, Portland (Maine), and Kalamazoo symphonies; the Aspen Philharmonic Orchestra; the National Arts Centre Orchestra; Orchestra de Chambre de Paris; Cabrillo Festival Orchestra; and at the Festival Internacional de Inverno de Campos do Jordao in Brazil.

"His conducting, of both the orchestral works and the accompaniment of the singers, was precise, nuanced, and effective," wrote Christopher Hyde for the Portland Press Herald.

Writing for Sequenza 21, Garrett Schuman noted, "Maestro Lees' commitment to new music is matched only by his charisma and musical ability... I was entranced from beginning to end by the beguiling ebb of instrumental strength, musical style and length as each work passed to the next. Collectively, the pieces selected by Mr. Lees attacked me, beckoned me, mesmerized me, connected me to an imagined past, nuzzled me, astonished me, and drove me to tap my feet."

Lees will conduct the UNCSA Symphony Orchestra in its first concert of the season, Thunderous Beginnings, at 7:30 p.m. on Saturday, Sept. 27, at the Stevens Center, 405 West Fourth St. Anchored by Beethoven's powerful and monolithic Fifth Symphony, the program features Lucia Kobza, winner of UNCSA’s concerto competition, with the Sibelius Violin Concerto and Rainbow Body by composer Christopher Theofanidis.

Christopher James Lees is a promising young American conductor becoming increasingly recognized for energized and nuanced performances of both standard and adventurous repertoire.

Recipient of a Gustavo Dudamel Conducting Fellowship with the Los Angeles Philharmonic, Lees made his debut with the orchestra in April 2013. Recent guest conducting engagements have included performances with the Detroit, Toledo, Portland (Maine), and Kalamazoo symphonies, as well as with the National Arts Centre Orchestra, Orchestra de Chambre de Paris, Aspen Philharmonic Orchestra, Cabrillo Festival Orchestra, and at the Festival Internacional de Inverno de Campos do Jordao in Brazil, among others.

Lees received a prestigious Career Assistance Grant from the Solti Foundation US and was previously showcased as one of six conductors selected for the 2011 Bruno Walter Memorial Foundation National Conductor Preview, hosted by the League of American Orchestras and Louisiana Philharmonic Orchestra.

A passionate advocate for music of our time, Lees has commissioned many new works, and collaborated closely with Pulitzer Prize-winning composers John Adams, William Bolcom, Joseph Schwantner, and Jennifer Higdon, among others. As music director for the University of Michigan's Contemporary Directions Ensemble, he developed a reputation for curating innovative programs, many in alternative concert formats, that connect contemporary chamber music with diverse art forms.

He has additionally served as an assistant conductor for multiple concert programs with the Los Angeles Philharmonic; the Detroit, Atlanta, St. Louis, Kansas City and Charlotte symphonies; as well as the Ulster and London Philharmonia Orchestras, for noted conductors including Gustavo Dudamel, David Robertson, Stéphane Danève, Leonard Slatkin, Robert Spano, Nicholas McGegan, Bramwell Tovey, and many others.

Lees has previously served as associate conductor of the Akron Symphony Orchestra, where he was awarded a Bruno Walter Memorial Foundation Career Development Grant, and was also a recipient of the Zander Conducting Fellowship with the Boston Philharmonic.

A native of Washington, D.C., Lees holds bachelor's and master's degrees from the University of Michigan, where he has served as associate director of orchestras. His primary conducting mentors are Robert Spano and Larry Rachleff.

As America’s first state-supported arts school, the University of North Carolina School of the Arts is a unique stand-alone public university of arts conservatories. With a high school component, UNCSA is a degree-granting institution that trains young people of talent in music, dance, drama, filmmaking, and design and production. Established by the N.C. General Assembly in 1963, the School of the Arts opened in Winston-Salem (“The City of Arts and Innovation”) in 1965 and became part of the University of North Carolina system in 1972. For more information, visit www.uncsa.edu.