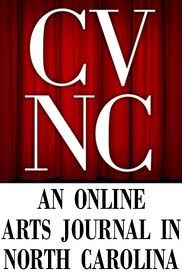 "An experimental performance combining two abstract means of expression, music and light" were the words with which Maestro Christopher James Lees welcomed the audience of 300 music-lovers to the Gerald Freedman Theatre in the Alex Ewing Performance Space of the UNC School of the Arts campus, where nearly 90 young musicians performed a program which, in other circumstances, would be considered anything but experimental. What set this concert apart were the unique opportunities offered by the non-traditional locale, and the participation of Nic Muni, Artistic Director of the Fletcher Opera Institute, also located on the UNCSA campus.

Most of the interaction of light and music was subtle and benign – nothing like strobes and disco balls of rock music shows – but (in the words of Muni) "Through the use of color, intensity, angle and the shifting of these elements, we hope to guide the listener to hear the music more keenly, to experience the music by guiding the eye -- but not engaging the eye.” Indeed, the subtly shifting color predominance was never disturbing and was often imperceptible. Only three references were identifiable – an indistinct full moon, a large leaf pattern and an abstract geometric reticular shape, none of which imposed themselves on the consciousness of the listener. I am often wont to close my eyes to better focus on musical events, but when my eyes were open (most of the time), I was not disturbed at all.

More disturbing were the less than adequate acoustics for an orchestra. The first condition for a great orchestra is a great hall (none of which were available this particular weekend). Although the orchestra was exceptionally close to the audience, thanks to the thrust stage and the 270-member audience configuration surrounding it, the reflective/refractive character of a good concert stage was missing – sounds were bouncing off nothing and so not blending. Musicians had difficulty hearing across stage and the sound in the audience (I was seated dead center, 7 rows up) was quite directional, although impressively loud – 90 musicians within 50 feet of me!

Be all that as it may! The student orchestra was young, preponderantly high school students, but technically excellent. All sections played admirably although the viola section was woefully understaffed (5 players compared to 8 double basses). One would think an incentive program like extra credit or scholarships might entice some violinists to "double" on viola.

A graduate conducting student, Daniel Bukin, opened the concert, leading a spirited performance of Hector Berlioz's Roman Carnival which engaged the largest orchestra of the evening. Visibly moved to be in the spotlight, Bukin acquitted himself nobly, negotiating the tricky tempo changes like a veteran. Elimination of some meaningless repeated gestures (bobbing head and shifting weight) will strengthen his technique and effectiveness. This was an auspicious debut – Bravo!

Maestro Lees then took over the reins to lead the orchestra in a tone poem by Swiss-American composer, Ernest Bloch, Schelomo: Hebraic Rhapsody, in which the voice of Solomon (Schelomo) is given to the cello soloist. This music has a distinct exotic or oriental flavor and is often introspective in nature, as would befit the author of "Vanity of vanities; all is vanity." The soloist was Eli Kaynor, a graduate student and winner of the concerto competition. He was spectacular! Lovely tone, perfect intonation and expressiveness were all amply evident, which age, wisdom and chutzpah will allow him to deepen and expand.

After intermission, the orchestra attacked Antonín Dvořák's Symphony No. 8 in G, Op. 88. The opening hymn with cellos backed by trombones and bassoons was lovely, but much of what followed was rigid and awkward. I felt precision and ensemble had become the most important items of the day and the shape of the movement became episodic instead of architectural. The same was true of the second movement, which is in fact more difficult to unify. However, the third movement was lovely from every point of view – it lilted and ended with a brilliant coda. I am usually not fond of the last movement because the theme which Dvořák varies throughout the movement is so obvious that it is difficult to camouflage or create variations that actually vary. But Maestro Lees surprised me by moving the work along to a clear climax (with viola and cello exclamations) in a manner I have not ever heard. The intensity of that climax clearly justified the slow recapitulation of the introductory material as I had never heard it before. Bravo Maestro!

I look forward to another ConcertArt experiment, but in an acoustically more appropriate location.

The concert repeats in the same location Sunday afternoon, March 19 at 3PM. See our sidebar for details.